Dan is in charge of all operations of The Ridge Golf & Gardens.  In 2014 Dan retired from Honda after 33 years and took over operations at The Ridge in 2017. Dan strives for excellence in all he does and The Ridge has benefited greatly by his conscientious decision making and his supportive leadership style.

Dan has developed a reputation as a top tier multi sport athlete in Union County throughout his life.  Dan’s love for competition has also fueled his passion for coaching.  From 2015-18 Dan was an assistant coach for the Marysville H.S. girls softball team.

Dan is very patriotic and is known to yell out “God Bless America” on occasion.

A resident of Marysville, Dan and his wife, Laurie, are the parents of three adult children. 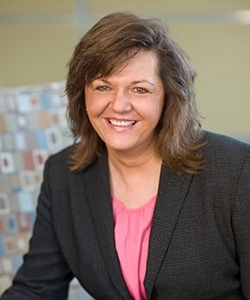 Laurie is in charge of the Finances at The Ridge Golf & Gardens.  Laurie has served as Senior Advisor to the CEO of Memorial Health where she was an employee for more than 30 years.  Laurie’s years of leadership experience and financial know how are invaluable to our success.

Laurie graduated from Ohio State with a BS in Medical Technology. She earned a Master’s degree in Healthcare Administration from Capella University and a certification from the American Society of Clinical Pathology in addition to licensure in Nursing Home Administration.  Laurie has served on the board of the United Way of Union County completing two terms, including six years on their Community Investment Committee. Since June 2014, Laurie has served as treasurer for the Lady Monarchs Softball program associated with Marysville High School.

A resident of Marysville, Laurie and her husband, Dan, are the parents of three adult children. 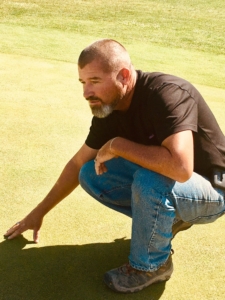 Born and raised in Marysville Ohio, Nick started in the golf business as a general laborer in high school in 1994. Nick then went on to the University of Toledo and graduated from Owens College with honors with a degree in Landscape & Turf Management with a specified degree in Golf Course Management.  Nick has just always loved the sport of golf.  That passion led him to undertake the massive revitalization effort of the golf course at The Ridge.  Within a short period of time, Nick’s hard work and expertise has paid off in a massive renaissance of one of Central Ohio’s most beautiful golf courses.

Nick’s first Superintendent job was at The Landings at Rickenbacker in Groveport, Ohio. In 2004, Nick was recruited to take over Upper Lansdowne Golf Club where he spent the next 13 and a half years. Nick became the Superintendent of The Ridge Golf & Gardens in 2017.

Nick lives in Marysville with his wife Bethany and their two daughters (Ashlynne & Caylee).  When not working at The Ridge, Nick very much enjoys spending time with family and especially watching his girls compete and excel in the sports they love. 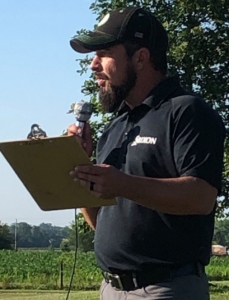 A native of Kenton, Ohio, Justin has always been passionate about the sport of golf.  Justin graduated from Kenton High School in 1997 where he earned a trip to the Ohio High School Athletic Association’s State Golf Tournament.  Justin went on to play golf at the University of Findlay, where he started varsity as a freshman. Justin decided to further his education in professional golf management at Coastal Carolina University in Myrtle Beach, SC.  While at Coastal Carolina, he met professional golfer Kris Blanks.  Justin served as caddy for Kris on the Nationwide Tour.

Justin’s lifetime love for golf has led him into multiple golf related jobs including: 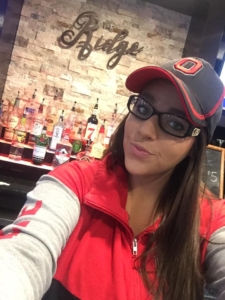 Kaitlyn was raised in a small town in the state of Indiana. After Graduating High School with an Academic Honors Diploma, Kaitlyn spent a year of college on campus at Indiana State University. After her first year, she Moved to Ohio in 2014. Kaitlyn transferred to CSCC and continued taking online classes while working part-time to pay for her school. Kaitlyn started working at The Ridge two years ago as a part-time bartender. Within a short period of time, she was training new employees, was versatile in just about every department of the clubhouse, and was always willing to help where she was needed. Despite her youth, Kaitlyn’s determination, willingness to take on more responsibility, and drive led her to the position of Clubhouse Manager. Although her golf swing is not great, her wittiness, customer service, and enthusiasm is enough to keep a smile on anyone’s face.

Kaitlyn resides in Delaware, OH with her Husband and their 3-year-old son. In spare time, she enjoys taking trips with her family, going to live concerts, and watching football (August-January). ‘